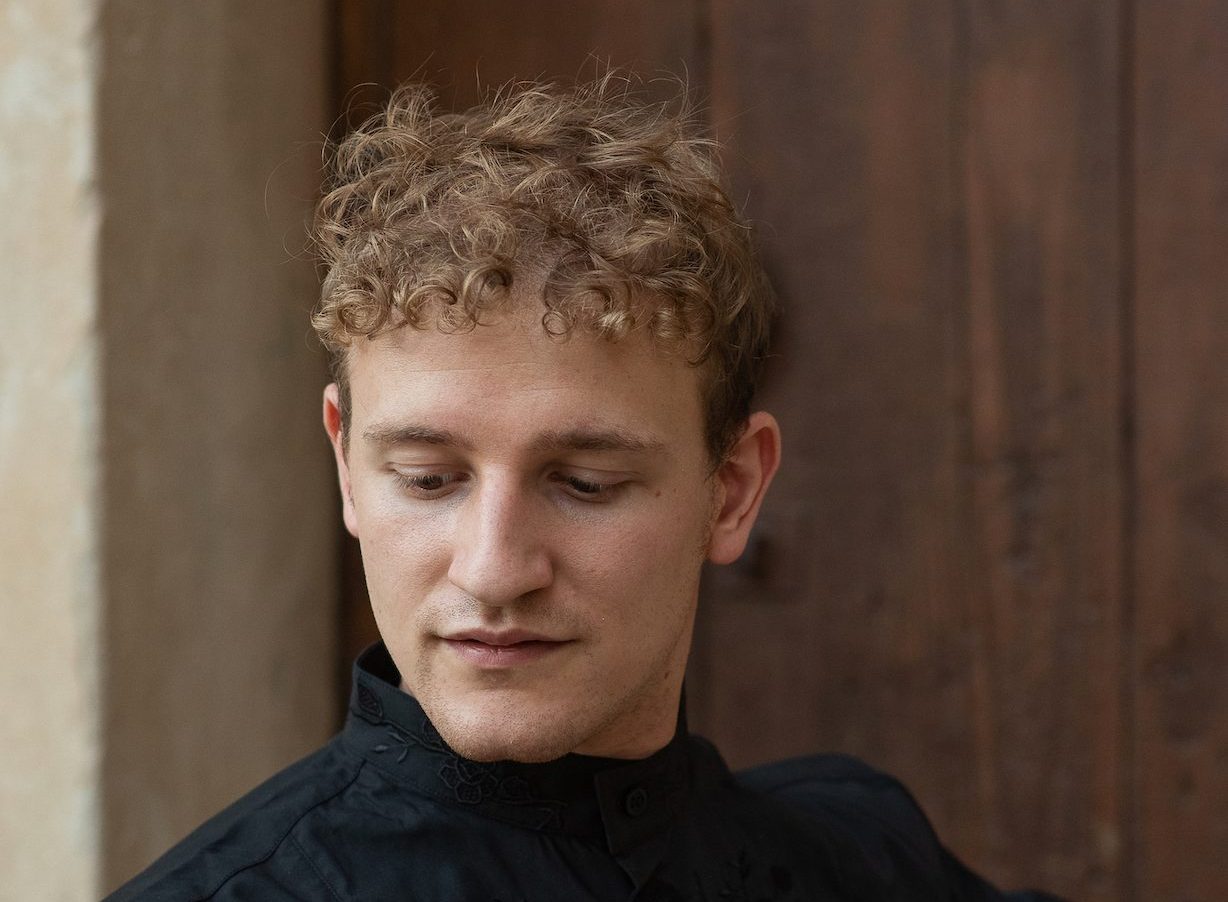 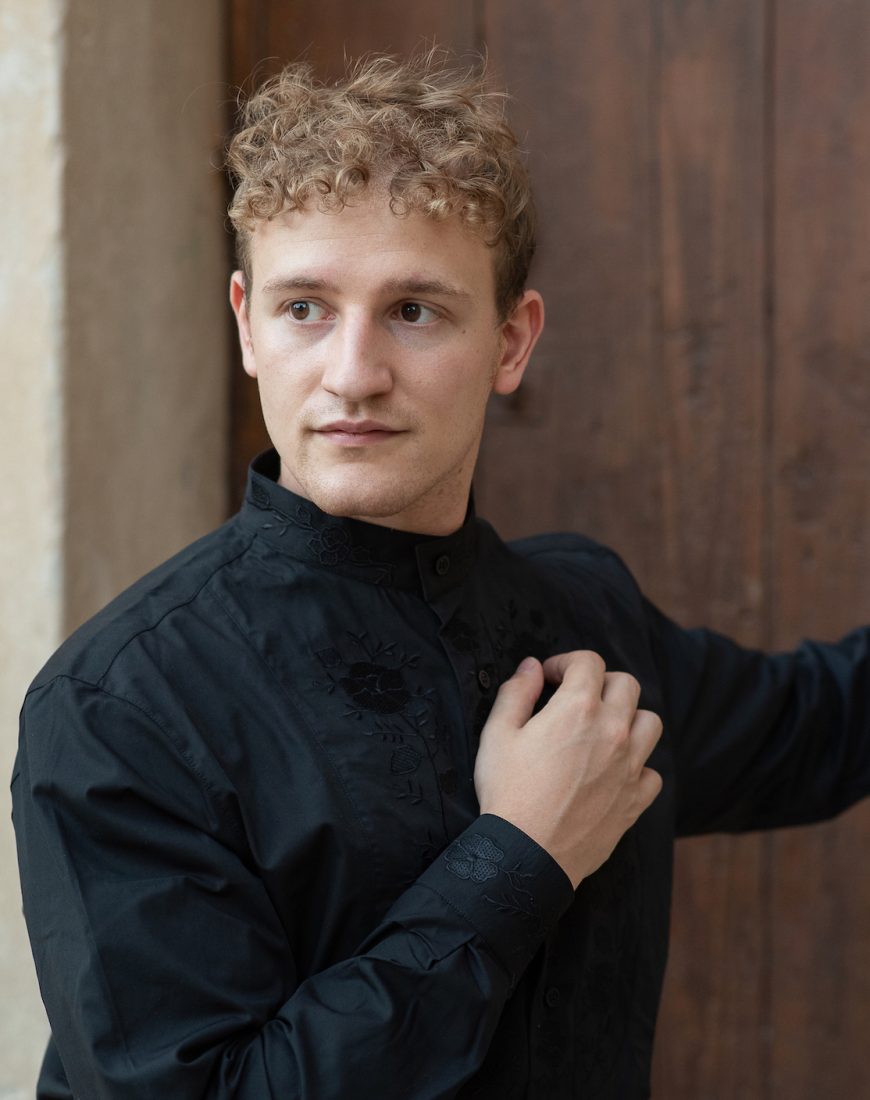 Fiorio displayed a wonderful degree of vocal versatility, his short and long coloraturas were delicately fashioned, his lines elaborately and sensitively ornamented, but everything was always subservient to the beauty of his voice. (operawire.com)

Born in Verona, the Countertenor – Male Soprano Federico Fiorio studied under the guidance of Lia Serafini and Patrizia Vaccari and graduated with honors from both the F. A. Bonporti Conservatory and the Parma Arrigo Boito Conservatory. He attended masterclasses with Roberta Invernizzi at the Giuseppe Gherardeschi International Academy of Organ and Early Music in Pistoia.

As a child, he sang in a children’s choir in Verona and has since then kept his soprano voice, performing as a soloist and recording, in 2013, a CD entitled “Come voce antica risuonano fili di luce” with harpist Marina Bonetti.

At only 16 years old, Federico made his debut as a male soprano in the roles of Enea and Iarba in a pasticcio for the Teatro Ristori in Verona, followed by performances as Erster Knabe in Mozart’s Zauberflöte at the Verona Teatro Filarmonico under Philipp von Steinaecker, and at the Padova Teatro Verdi under Giuliano Betta.

In the 2018/2019 season, he debuted at the Teatro Malibran with the role of Lidio in Tommaso Albinoni’s Zenobia, regina de’ Palmireni conducted by Francesco Erle and staged by Francesco Bellotto. Federico was Angelo Custode in Emilio de’ Cavalieri’s Rappresentazione di anima e di corpo led by Alessandro Quarta in Urbino, and Cloridoro in Melani’s Empio punito in a Carlo Ipata/Jacopo Spirei production for the Teatro Verdi in Pisa. With the complicity of Jordi Savall and its Jove Capella Reial de Catalunya, he appeared at Barcelona’s Auditori.

In 2020/2021, Federico starred as First Witch and Spirit in Purcell’s Dido and Aeneas under Giulio Prandi for the Teatro Filarmonico in Verona, and sang Orff’s Carmina Burana under Josè Luis Basso for the Naples Teatro San Carlo. Under the direction of Andrea de Carlo, he embodied the role of Zefiro in Stradella’s Circe at both the Rome Teatro Torlonia and the Baroque Festival Alessandro Stradella of Viterbo and Nepi.

The 2021/2022 season saw him performing Amor Divino in Gaetano Manna’s Cantata di San Gennaro under José Luis Basso for the Naples Teatro San Carlo, Spirit in Purcell’s Dido and Aeneas conducted by Gabriele Ferro at Teatro Massimo in Palermo, Sesto in Handel’s Giulio Cesare at Teatro Verdi in Pisa, and Amanzio in a new production of Vivaldi’s Giustino conducted and directed by the newly appointed Music Director of the Festival, George Petrou. He has performed and recorded Stradella’s Forza dell’amor paterno (Eurindo) with Andrea De Carlo at the Baroque Festival Alessandro Stradella of Viterbo and Nepi. 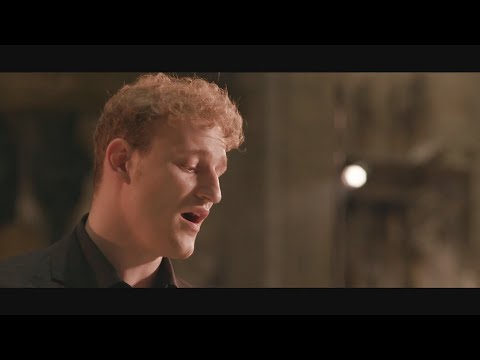