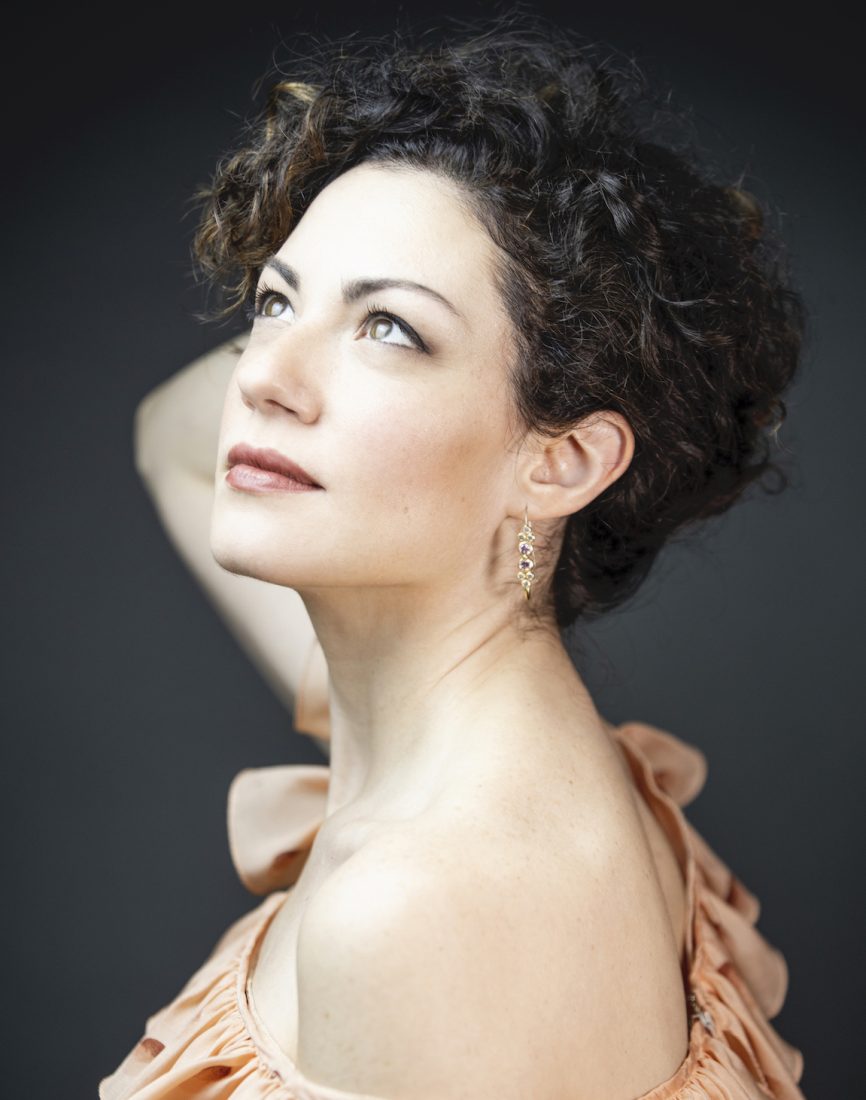 Her high-calibre musical performance and the theatricality of her technique bespeak a musician whose stylistic command is achieved with unerring intensity. We would be delighted to see more of her on stage in a production worthy of her talent. (concertclassic.com)

Born in Rome, Arianna Vendittelli showed a great interest in music from a very young age. She first studied violin before focusing exclusively on singing. She graduated with highest honours from the Conservatorio Antonio Buzzolla in Adria and has perfected her singing with Mariella Devia.

Arianna made her debut at the Salzburg and Ravenna Festivals as Carmi in Mozart’s Betulia liberata under the baton of Riccardo Muti. With the latter she also sang Paisiello’s Missa Defunctorum in Salzburg, and Vivaldi’s Magnificat in Lourdes and Loreto. She debuted at the Innsbrucker Festwochen der Alten Musik with the world premiere of Cesti’s Nozze in sogno, conducted by Enrico Onofri and directed by Alessio Pizzech.

She starred as Susanna (Le Nozze di Figaro) and Donna Elvira (Don Giovanni) in the Da Ponte Trilogy Marc Minkovsky and Ivan Alexandre will have presented in the 2022/2023 season at Liceu Barcelona, Opéra national de Bordeaux and Opéra Royal de Versailles. She appeared as Donna Elvira also in Beaune and Bremen under Jérémie Rhorer, and was Susanna in a Frank Beermann/James Gray production at Opéra de Lausanne. She sang Fiordiligi in a Pier Luigi Pizzi of Così fan tutte in several Italian theatres. With Alessandro De Marchi she gave a Mozart recital at the Prinzregententheater in Munich and embodied the role of Eurydice in Gluck’s Orphée et Eurydice for the Baden-Baden Autumn Festival.

Arianna has been highly acclaimed for her interpretations of Rossini singing the title role in Ermione (Alessandro De Marchi/Jacopo Spirei) and Amaltea in Mosè in Egitto (Stefano Montanari/David Pountne) both for the Naples Teatro di San Carlo, and Matilde in Elisabetta Regina d’Inghilterra with the Ensemble Matheus led by Jean-Christophe Spinosi.

Recognized for her work in the Baroque repertoire, Arianna Vendittelli was seen on stage as Salome in Stradella’s San Giovanni Battista in Prague with Vacláv Luks, and in Innsbruck with Alessandro De Marchi where she also sang the title role in Bernardo Pasquini’s Idalma. She brought to life Amanzio in Vivaldi’s Giustino conducted by Ottavio Dantone in Bucharest and Lausanne; the title role in Hasse’s Semele at both the Theater an der Wien and Wigmore Hall; Minerva in Monteverdi’s Ritorno d’Ulisse in patria in an Ottavio Dantone/Robert Carsen production in Florence; the Ange in Pergolesi’s Conversione di San Guglielmo d’Aquitania with Les Talens Lyriques and Christophe Rousset for the Festival Pergolesi Spontini. She starred as Angelica in the rarity Il Palazzo incantato by Luigi Rossi under Leonardo García Alarcón in Dijon, Nancy and Versailles.

Under the conduction of Ottavio Dantone, Arianna mastered the title role in Handel’s Serse in several Italian theatres and in Beaune where she also took the stage as Sesto in Giulio Cesare. Her Handel also includes Armida in Rinaldo alongside Andrea Marcon at Opéra de Lausanne.

Furthermore, she has distinguished herself in Romantic and post-Romantic repertoire interpreting Micaëla in Bizet’s Carmen in Cagliari, the title role in Hans Werner Henze’s Gisela! in Palermo, the title role in Il Segreto di Susanna by Ermanno Wolf-Ferrari at La Fenice, as well as some more hybrid roles like the title role in Cilea’s Gina, also for La Fenice.

Other past highlights include the first modern representation of the opera Merope by Riccardo Broschi under Maestro De Marchi at both the Innsbruck Festival and Theater an der Wien, and Luigi Cherubini’s Sposo di tre e marito di nessuna in a new production of the Florence Opera paced by Diego Fasolis.

Her recent solo album dedicated to Vivaldi’s cantatas for soprano and released in the Naïve Vivaldi Edition was designated “5 Classical Music Albums to hear right now” by The New York Times. Still for the Vivaldi Edition, she has recorded Il Tamerlano with Ottavio Dantone and his Accademia Bizantina.

In the 2022/2023 season, Arianna teams up with Ottavio Dantone and his Accademia Bizantina for Armida in Handel’s Rinaldo at Opéra de Tours and for the revival of Vivaldi’s Tamerlano (Il Bajazet) at Theater an der Wien, in Barcelona and during an Italy tour. She performs the title role in Sartorio’s Orfeo for the Opéra de Montpellier. 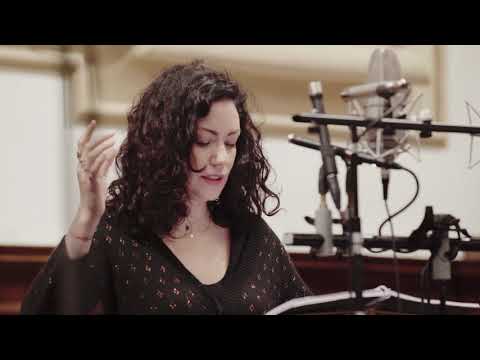 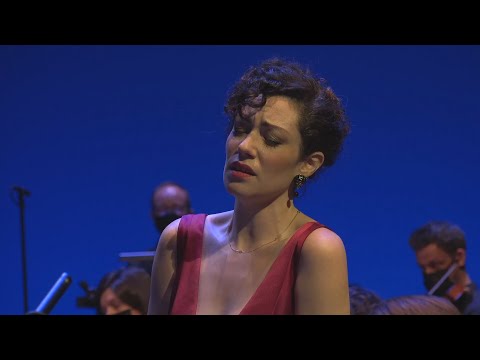 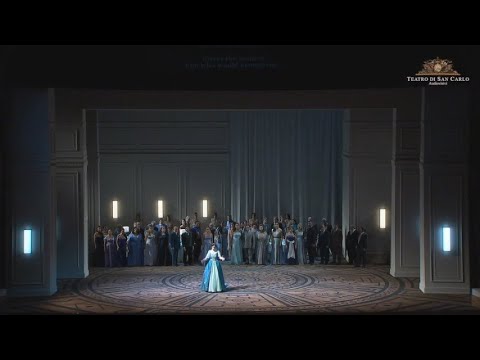 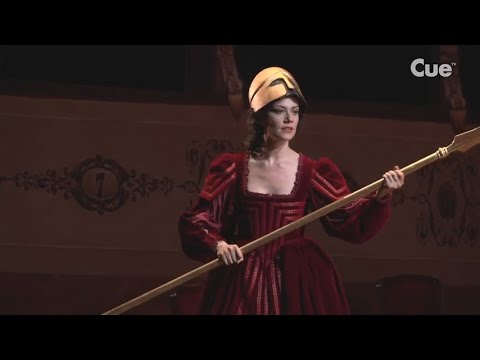 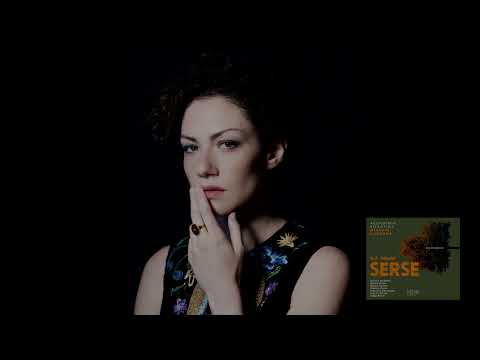 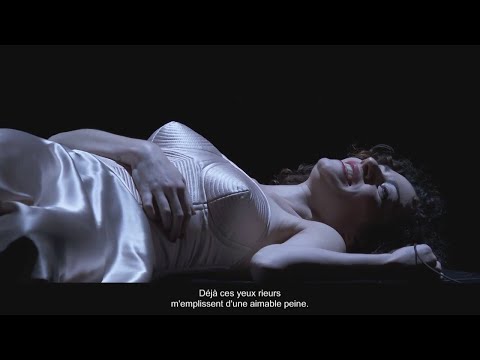